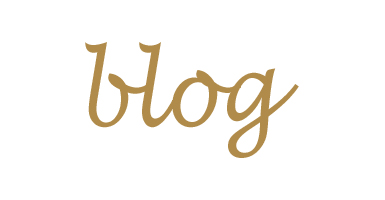 I've tried to write a blog twice before.  The first time because I'd just started my relationship with Black House Comics and I thought a blog would be a good way to help promote the Twilight Age which they published, that was in 2008. Dreams come True

Before I could write my second blog, my middle son, Jaspar, took his own life. Suddenly doing anything became hard but eventually I had to 'get back on the horse' and in 2011 I wrote that second blog, which largely dealt with that horrible event. I didn't want to write it, I wasn't happy with it and I'm tempted to delete it and forget it because it is too confronting for me and maybe also for a lot of other people. And you can't do justice to that subject... (anyway I go into all of that in the blog). But as a writer, I believe in art and honesty. In the end it's an honest document (in all its inadequacy) and there for anyone who is interested. It might be of help to someone else who has had to face suicide and grief. I'll publish and be damned (if that's the result). Nightmares come True

I wasn't ready to get on the horse. Despite the brave tone of the last blog I couldn't continue and I gave up blogging until 2012. I'd started Possible Press and thought I should start a blog. I put the Twilight Age and all the dark stuff that had happened since 2008 behind me and decided to write something light-hearted and informative.  This one is about becoming a writer, anecdotes and advice from someone who's gone a long way on that journey. So you Wanna be a Writer?

The time still wasn't right though. I was over-committed and low on energy, still struggling with grief. And I just plain chickened out, I think, which is easy to do when you are struggling. Because there's a lot of blogs out there and precious little response. You get the feeling no one is listening and you think, 'what do I have to say anyway?' So you decide to put time into one of those hundred other projects that are screaming for your attention. But now it's 2015, and I'm back, baby, I'm back! I'm still grieving, but 7 years on it's very manageable and easyto work around. I still have voices of doubt but they're pretty pathetic compared to the big loud voice that I shout back at them with which says, 'Shut up you! This is fun. Who cares if no one is listening? You can turn it into a book at some point!' So Write Now Quick Draw was born. Which really is just a continuation of the themes of So You Wanna be a Writer -- anecdotes and advice about being a writer, agent, editor, publisher ect. -- but starting at a different point. I've written 3 episodes so far. Yay me! And I'm not stopping until I've completed that book. Woohoo!

Episode One: Here we go again, Negotiating the Labyrinth of Publishing deals with why we write blogs and why it's a good idea.

Episode Two: Secret Agent Tales is about my experiences as an agent.

Episode Three: Secret Agent Tales 2 is about my experiences of having an agent and how I came to write Profile of Evil.