"Jan Scherpenhuizen was a vital link in my journey to becoming a published author. My first contact with Jan was in 2005, when he was the director of Lynk Manuscript Assessment Service. He personally assessed two of my novel manuscripts, one of which became my first published novel, Mishaps (Random House, Australia). Working with Jan on my manuscripts helped me achieve the level of polish my writing required to be noticed by a major publisher, and in acting as my agent he made sure my manuscript stood out from the crowd. Throughout the time I have known Jan, he has impressed me with his approachability and his knowledge of the publishing industry. As an assessor, he was consistently encouraging and positive about my work, while never losing sight of the reality of how difficult the task of getting a novel published can be."

Why I became an Agent

When I worked for Lynk Manuscript Assessment Service one of the first books I assessed was Anthony O' Neill's Scheherazade. It blew me away. Not only was the book brilliant but it was highly polished. I didn't think it needed critiquing so much as a Recommendation to Publish. I rang Liat Kirby who started Lynk and said, 'I want to write a recommendation to publish.' Liat said, 'We don't really do that.' I said, 'Well can we?' And she agreed. So I did. And it was published. The same thing happened with William Tevelein's The Visitants. This is too easy, I thought. I find the book, do the hard work of reading and writing the recommendation, and some agent swoops in and gets the agent's cut. So when I took over Lynk I added the services of agent to the business. And I started to look for more publishable mss. This was going to be soooooo easy. 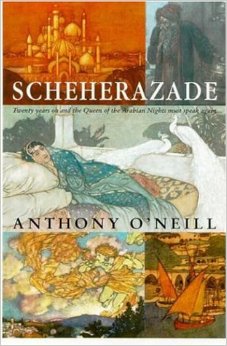 Bzzzzzzt: not so. For a start it was seven years since I'd assessed Scheherazade. The contraction of the publishing industry had continued and well established publishers were becoming less and less likely to publish new authors. Many agents had ceased representing new fiction authors. The amount of work that went into representing them compared to the likelihood of placing them had become such that it was no longer worthwhile. I had 8 manuscripts I thought were publishable. I tried very hard to get them published. I succeeded with one, Nansi Kunze's, Mishaps. I don't think it was better than the others, excellent as it was, it just happened to be junior fiction which was one of the few genres that was still moving.

Another ms I agented was Christopher Ride's, The Schumann Frequency after developing it with him for a year or more. It went to everyone. Everyone said no, not for us, this isn't good enough, that isn't good enough, it's just not a Random House, Penguin, HarperCollins etc. book. I wrote emails, I made phone calls, I noodged, I schmoozed. Maybe I should have tried begging and pleading. Threats? Then finally, the last of the big six to look at it, Hachette Livre said yes! Well, Vanessa Radnidge, their Acquisitions Editor said yes. God bless her! We were all set to go. Bzzzzzzzt. When she took it to her acquisitions meeting the staff were divided on its merits and it was nixed. Arrrgh! But Chris is a man of means, he published it himself, spent a lot of money on promoting it and it was a bestseller. Then one of Australia's best established agents Selwa Anthony swooped in and Random house decided that it was very much a Random House book and have gone on to publish a couple more of Chris's excellent thrillers.

This may seem a long rambling way of explaining what I do as an agent and why I do it; but part of what I do (apart from rambling) is I try to educate my clients on what the publishing industry is like and what they can expect. If you can get to Selwa Anthony or any other well-established agent you should approach them. Chances are, however, they are not interested in you unless you have already made some sort of success of yourself, like Chris Ride.

If you can't get a big agent (I'm tempted to say, a good one) you may want to use me. That, however, involves getting your ms assessed by me. Most likely I'll say it's not ready, because few are. If it isn't I can help you get it ready, like I did Chris Ride's and quite a few others. Then you can see if you can find a good agent (there, I said it). If you can't, I'll publish it through Possible Press and then it may get picked up by a big publisher which is what happened with Martin Chimes Into the Lion's Den. That's one of the functions Possible Press has. This is how my creative service works. It's designed to help you get your book published. if that involves developing the work, acting as an agent, publishing it to give it exposure, that's what we'll do. Because, clearly, all these things are linked.

What does an Agent Do?

Most big agents don't work with new writers and they certainly don't help to develop the manuscript. As mentioned, I may. With Nansi Kunze, however, I didn't have to do anything on Mishaps. Nansi was already a very accomplished and polished author. All I had to do was send it out. Then the rejections started coming in. After the third one she started to lose faith and thought maybe she should go back to the drawing board. Here's where I proved my worth to her: I said, 'Nansi, there's nothing wrong with your book, the problem is with the publishers. You know your stuff, I know my stuff, we keep on going until we find someone who recognises gold when they see it.' So we kept on going and the rejections kept on coming in. It was the very last publisher to respond, Random House, who finally said yes. Nansi and I were vindicated. Hooray! Mishaps did very well and Random House have published a couple more of her books too.

The other thing an agent can do is open doors for you. Publishers prefer agented manuscripts. Some will only look at agented manuscripts. Which is only sensible. If you've impressed an agent they know they're not wasting their time with you. They may still not want your book but at least they'll look at it. I'm not the top of the tree as an agent but I do have a good track record with spotting and developing talent and that means people in the industry will look at an ms if I recommend it.

I haven't focused on that side of the business for quite some time but I am now. I am not opening myself up to submissions. If you want an assessment, that may lead to an offer from me to represent you. Reputable, full time agents do not charge to look at your book. If you can find one willing to look at your ms you should go to them if you are sure you don't need to develop your ms any further. If they are willing to read your ms they are unlikely to read it in its entirety unless they think it is brilliant. If they read a substantial chunk of it but think it's not quite ready they may give you some feedback.

If you want me to act as your agent then you will need an assessment from me. See the relevant page.